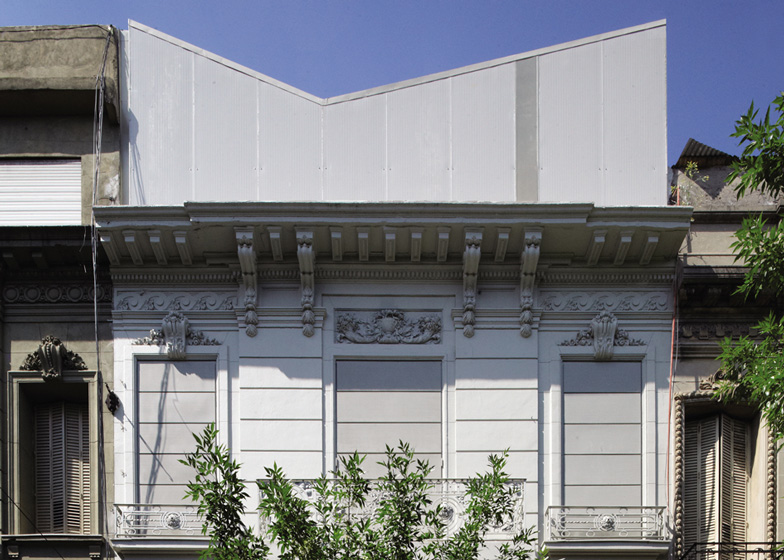 Argentinean studio Adamo-Faiden has overhauled an ageing townhouse in Buenos Aires with the addition of a rooftop courtyard and an underground yoga room. 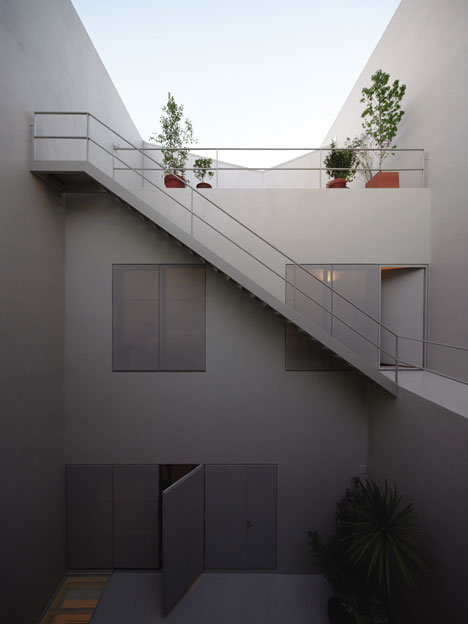 The house had been used in various guises throughout its history, most recently as an apartment block, and Marcelo Faiden and Sebastian Adamo were asked to restore the building as a home for the Venturini family. 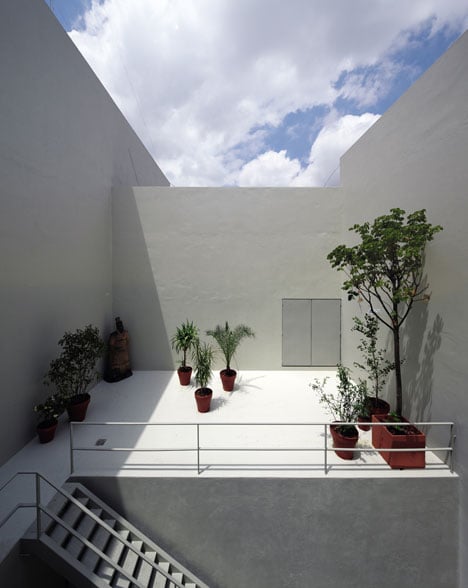 The architects began by removing superfluous partitions and stripping the structure back to its basic form. They then re-planned the layout and worked out where they could add extra rooms. 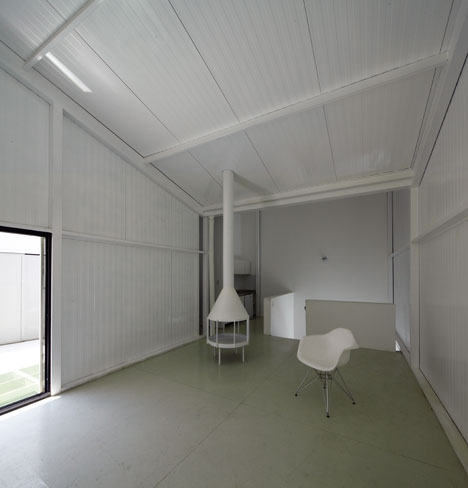 “Our intervention can be summarised in three actions: extraction, redescription and addition,” they explain. 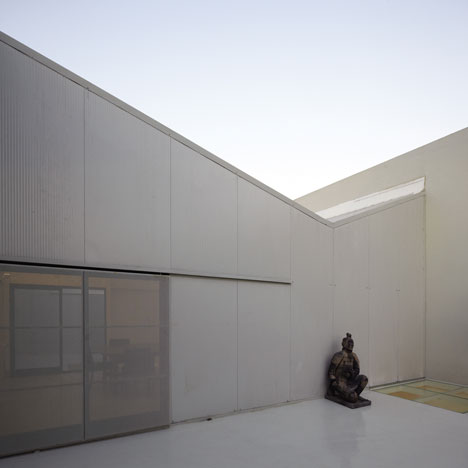 An extra roof inserted over the house’s old courtyard encloses the new basement-level yoga room, which is lit from above by a strip of skylights. 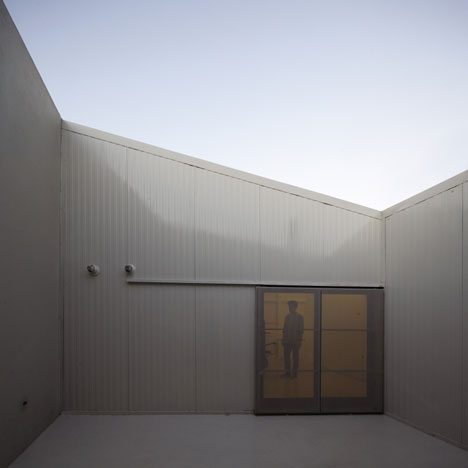 The surface of this roof also provides a new ground-floor patio, allowing the family to open out their living room to a secluded outdoor space. 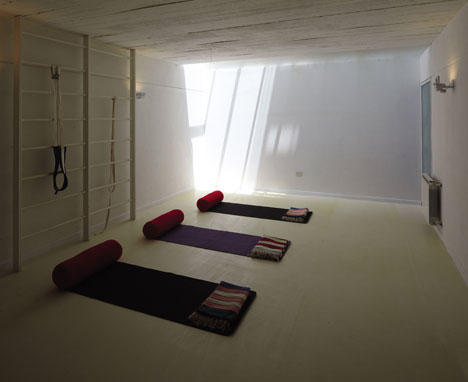 Another storey added over the roof of the building provides a room that can be used for guests. This leads out to the new rooftop courtyard. 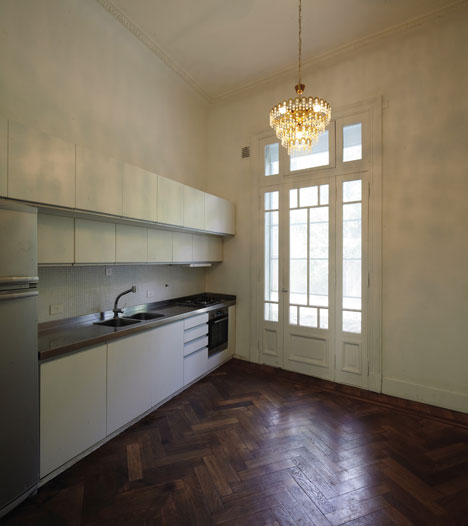 The roof of this extension has a V-shaped profile, making it the most noticeable addition to the traditional facade. 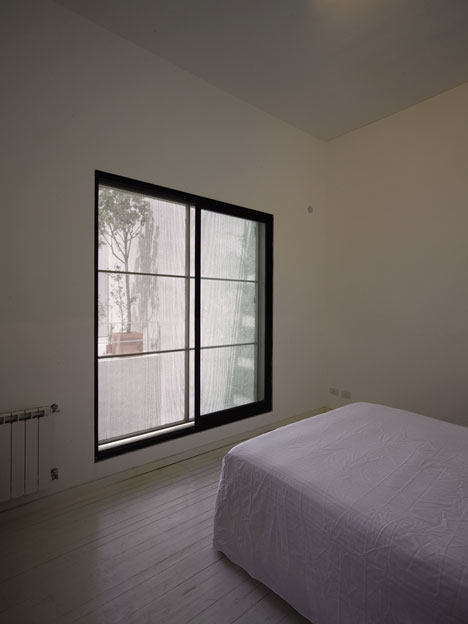 Adamo-Faiden has worked on a number of residential projects in Buenos Aires. Others include a fabric tensile structure at a renovated apartment andsocial housing installed on top of existing homes. See more architecture by Adamo-Faiden. 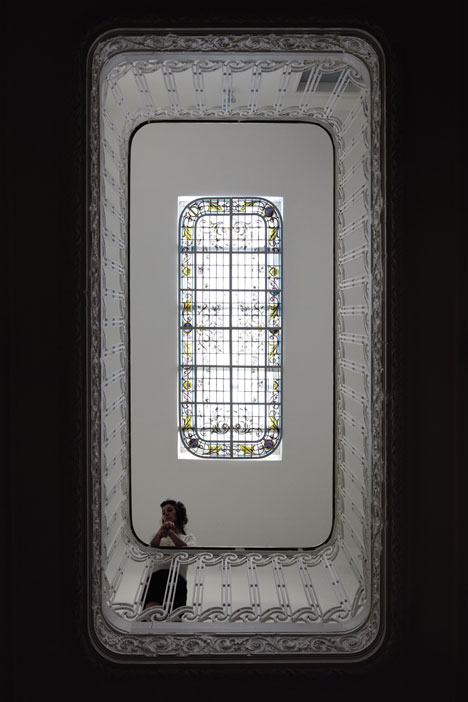 Other houses we’ve featured from Argentina include a residence comprising two brick boxes and a brick house wrapped in a band of white concrete. Seemore architecture in Argentina. 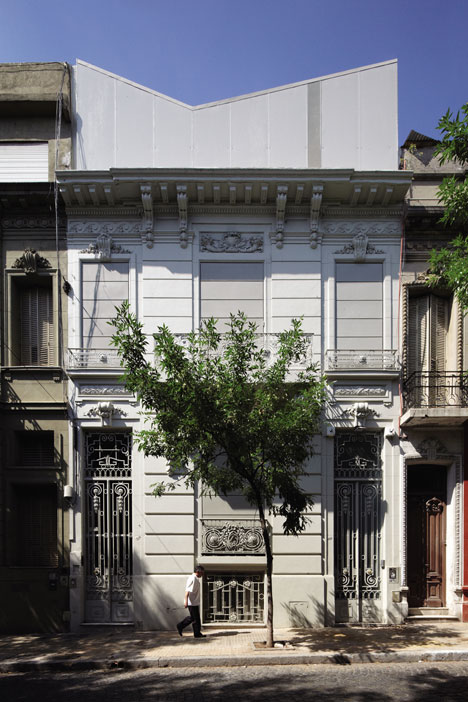 Photography is by Cristobal Palma. 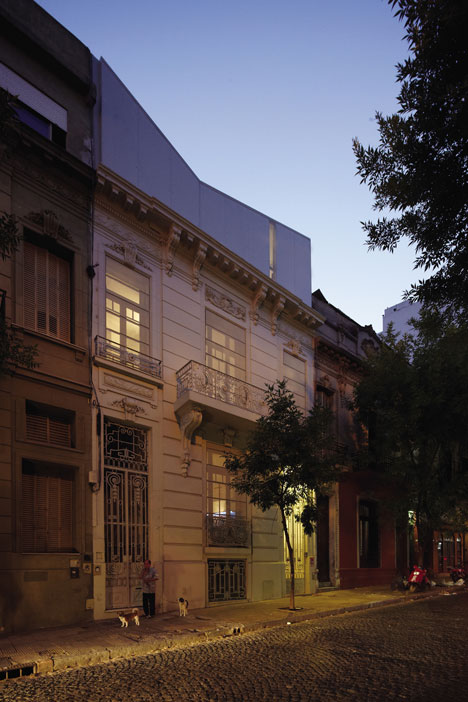 Read on for more text from Adamo-Faiden:

The house is located close to the Abasto Market, transformed into a commercial centre. Like the market, the house where the Venturini family presently lives has homed a variety of different uses. At the time of the construction the house functioned as a house for rent. Its organisation responded to a very common typology in the city of Buenos Aires. Small houses were located towards the interior of the block, whereas the one belonging to the owner was the facade to the street. The devaluation of this area of the city towards the middle of last century brought about the occupation of the main house, being transformed into a tenement house. 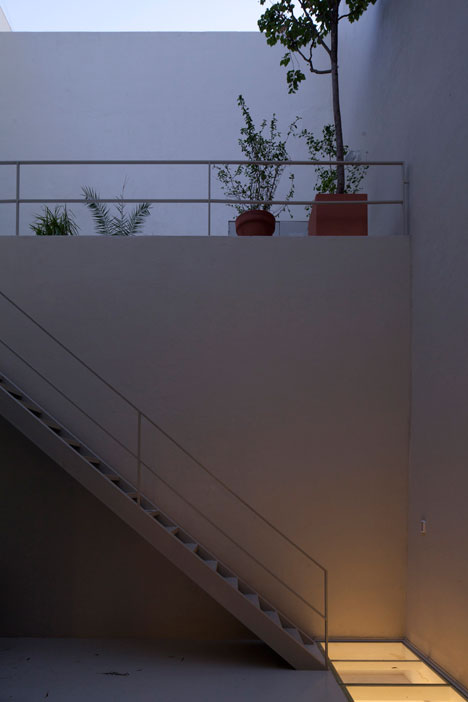 Our intervention can be summarised in three actions: extraction, redescription and addition. The first of them meant the recovery of the original spatial structure. The second phase of the project was simply based on labelling again each of the spaces in order to adapt the existing structure to contemporary way of life. Finally, the last action was based in two precise additions. The first of them was the materialisation of a mezzanine floor which allowed us to simultaneously cover a yoga room in the basement and to give support to an exterior expansion for the living room area. At last, the construction of a light structure on the roof, for multiple uses, made visible the optimism that follows the revaluation of the city as a way of new crowning for the property.