Before I dive into my Cannes review it’s worth highlighting that things would have been radically different if Redbull had entered Stratos Space Jump at Cannes Lions this year. Red Bull has redefined advertising to a point that they don’t even consider it to be advertising and don’t want it to be celebrated as such.

It was reported that Redbull “doesn’t enter the Cannes Lions–focusing instead on shows like the Sports Emmys, where they feel the content belongs.”  It certainly was the elephant in the room at the festival.  Stratos would have cleaned up in most categories and probably would have taken home the title of “most awarded campaign in advertising history” instead of Dumb Ways to Die.

But enough speculation. I’ve already written about how the different categories seemed to make more sense here.  The juries which are defined by channel (cyber, mobile, radio, print, film) brought the focus back to the reason to be for each channel.

I thought it would be interesting to take a look at some of the Grand Prix and try to identify some of the trends and themes coming out of the festival.

Creativity has never been more important

I felt the focus at Cannes this year was really was on creativity.  The level of craft in our industry has never been higher.  Today, anything-really-is-possible when it comes to production which means that the best way to stand out and break through the clutter is through great insight driven creativity.

Beauty Inside is perhaps the most perfect idea I’ve ever come across.  When judging this year, we saw a lot of great advertising that was not inherently and absolutely linked back to a brand.  You could change car brands or sports shoe brands and the campaign “still worked” because it was category specific and not specific to the brand.  Beauty Inside stands out because the idea is absolutely perfect for Intel and could not be be owned by anyone else.  It deserves the 3 grand prix (Cyber, Film and Brand Content) awarded and it’s definitely my favourite entry.

Before Dumb Ways to Die became the most awarded campaign in advertising history (a record breaking 5 grand prix, 18 gold, 3 silver and 2 bronze) it would not have been an easy sell to the client.  Hats off to McCann Melbourne for pitching the idea that a very serious problem could be solved through a musical video with cute animated characters dancing and singing about dumb ways to die.  And equally hats off to the client for taking on the risk associated with an out of the box creative solution like this. I wish more clients showed this kind of courage.  I love this campaign and like millions of others I can’t stop singing the song.

Oreo highlights a different kind of risk.  In order to deliver break through communication they changed the client/agency model so that they could deliver a perfectly executed real time campaign. What’s great is that real time doesn’t mean “quick and dirty”.  The craft is flawless.

It seemed that there was a kick back on gadgets and high tech and some of the most interesting ideas were beautifully crafted low tech solutions.  I love IBM’s Ads with a purpose which picked up the Grand Prix in outdoor.

The press jury awarded Apple with the Grand Prix for press.  This ad is simply perfect. I think it showed great confidence and courage to award the Grand Prix to a print ad that sells iPads. 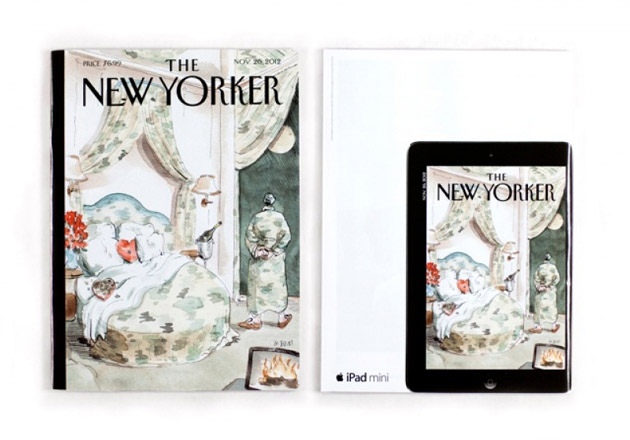 Ideas have never been more important than they are today.  Cannes has delivered in celebrating inspiring creativity that builds brands and engages audiences.

Big up to my planning partner @jpmartzel for helping me put this together.